The information on this page was last updated 10/11/2022. If you see errors or omissions, please email: [email protected] 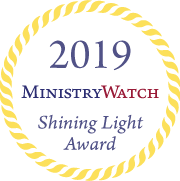 Christ In Youth partners with the local church to create moments and conversations that call young people to follow Jesus and into lives of Kingdom work.

For more than fifty years, CIY has always found the best ways to create moments that inspire Kingdom work. Methods change but the hope of the Gospel remains the same. And even as the needs of the local church change, CIY is still working on Her behalf. We're in the midst of a global crisis and CIY needs your partnership to continue serving churches this summer and in the years to come. The ability for CIY to call the next generation of Kingdom workers hangs in the balance. It's time to get to work. Because Kingdom work never stops.

We believe young people are made for kingdom work. God has uniquely created each of us with special gifts, talents and abilities that He wants us to use for His Kingdom. When young generations understand and embrace Christ's call on their lives, they mobilize in ways that affect change all over the world. Why does CIY amplify Christ's call on student's life to be a Kingdom worker? Because they are made for it.

We call youth to Christ and into lives of Kingdom work through His Church.

We believe in one God who eternally exists in three equal persons - Father, Son, and Holy Spirit. We believe in God the Father Almighty, Creator of Heaven and Earth, who is infinite in power and wisdom, perfect in holiness, and overflowing with love and grace.

We believe in Jesus Christ, God's only Son, our Savior and Lord, fully divine and fully human, who was born of a virgin, ushered in God's Kingdom, and died in our place as a substitutionary sacrifice for our sins, bearing divine judgment, and reconciling to God all who trust in Him.

We believe in the physical resurrection and the Lordship of Jesus over Heaven and Earth, and we anticipate His return to judge and condemn evil and restore creation.

We believe in the Holy Spirit, fully divine and personally active in the church and in the world, who seals and indwells believers to sanctify, guide, and empower them for service in the Kingdom.

We believe that all people, created as male and female, are made in God's image with intrinsic value and purpose. We believe that all have sinned and are in need of salvation, which can only be found in Jesus' sacrificial atonement for the sins of the world.

We believe that salvation is offered to all by grace through faith in Jesus alone- a living faith that is demonstrated through repentance, confession, baptism and which results in a life of obedience to the Lordship of Jesus.

We believe in one holy Church, manifested through the work of local communities of disciples over which Christ is the head. We believe in the ministry of all disciples leveraging their gifts, talents, abilities, and influence to advance God's Kingdom by making disciples of all nations and teaching them to observe all that Christ commands.

We believe that Scripture alone is the uniquely inspired Word of God, true and infallible in all that it affirms, and is therefore the qualified and final authority in all matters of faith and practices.

Click here to read Christ in Youth's response to our ratings

The major purpose of CIY is to amplify the call of Christ on student lives through events, trips and resources to prepare them to be Kingdom workers. CIY works with churches throughout the world to reach this generation for Christ.

The registration fees that students pay to attend our conferences, mission trips, and service projects provide only about 85% of our revenue base. The other 15% is made up of gifts from churches, individuals and businesses.

Each year Christ In Youth is independently audited by an outside auditor. We strive to be good stewards with the money that God has entrusted to us.

Christ In Youth has called students and leaders to boldly live for Christ through the hope of the Gospel message and a call to Kingdom action for more than 50 years.

Christ In Youth was founded in 1968 by Ozark Bible College Professor Bob Stacy. His vision was to create a place where the Gospel message could be presented to young people in a way that was contemporary and culturally relevant. CIY started with volunteer college students leading rallies and high school assemblies via drama, music and dynamic speaking.

The first conference was held in the summer of 1969. As CIY's knowledge of youth ministry grew, the organization began to create effective tools for youth leaders to go along with the conference and event strategy. In 1984, CIY hosted the first National Youth Leaders Convention, and in the summer of 1985 the first CIY youth mission trip was taken to Haiti.

Throughout the 1990s CIY gained a reputation as a cutting-edge youth ministry, leading in areas of worship styles, video and multi-media techniques, resource materials, youth missions experiences and using college campuses for programs. In 1997, CIY became an innovator in junior high programming, launching Believe weekend conferences, and Know Sweat service projects for this important age group. The Discipleship program also began in 1997, to encourage and teach students how to have an intimate, personal relationship with Christ. In 2005, CIY held the first SuperStart event to impact the lives of students in grades four through six.

In 2007, CIY partnered with Standard Publishing to create a full Sunday school curriculum for preteens. In 2008, CIY celebrated 40 years in ministry, re-branded its logo and established a new vision and mission: "Amplifying Christ's call to be Kingdom workers through events, trips and resources." This led to the re-branding of Summer Conference as MOVE. CIY began a partnership with Group Publishing in 2009, producing many video resources and books for student ministry. In 2010, CIY Missions was re-branded as CIY Engage, expanding the opportunity for more trips and service projects. In 2011, CIY showcased its first feature-length documentary, "Love Costs Every Thing," - an official selection in two international film festivals - and followed that with another documentary, "Becoming Sons and Daughters" - which won an award with the San Diego Christian Film Festival. Since then, CIY has continued to produce award-winning short-films and documentaries - most recently winning multiple film festival awards for the film "Hard to Place."

CIY continues to speak the language of this generation of students with its use of high-energy music, engaging videos and high-quality resources. Plans include a new website for both parents and teens offering uniquely targeted messages and information, as well as increasing the number of events and locations to make it possible for more students to experience life change.