The information on this page was last updated 11/30/2021. If you see errors or omissions, please email: info@ministrywatch.com 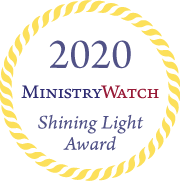 We go to the world's poorest places, to work with people living in the most difficult circumstances - so the most vulnerable are not left behind. We find the children like Fatima, living with cerebral palsy in the middle of a slum. With your help, we set up remote surgical units, battling brown-outs and tropical diseases, to give the miracle of sight. Our mandate is to ensure people with disabilities are included in development programs and emergency relief efforts.

Jesus spent his life caring for people on the fringes of society - people who were blind, poor, forgotten. That's our inspiration.

We are doctors, health officers, community workers and funding partners like you, passionate about giving hope & healing to children and families trapped by poverty and disability. Why? Because we believe no one should be forgotten. We believe following Jesus means caring for forgotten people. Our faith drives us to work in the world's poorest countries and communities.

CBMI uses the following to communicate its mission:

CBMI is an interdenominational Christian medical organization, working to prevent blindness, restore sight and impart living skills to the blind and disabled.

Ninety years ago, Pastor Ernst J. Christoffel (born in Rheydt, Germany, in 1876) set up his first home for blind, physically disabled and orphaned children in Turkey. This was the inception of Christoffel-Blindenmission. There are few organizations which provide services for the disabled in poor countries, yet the need is immeasurably great. Back in the seventies, supporters were therefore sought also outside Germany.

One of the visions of former CBMI director Siegfried Wiesinger was to set up an international network of supportive associations, also in order to reduce the risk of a decline in donations in one country or another.

In North America, Australia and various European countries, independent CBMI organizations came into being. Step by step, this "CBMI family" grew, making it necessary to establish a modern structure to coordinate the activities of the national associations.

Joining forces is not just a reaction to the increasingly difficult situation of donor organizations in the donor countries. Instead of strengthening existing institutions, the number of aid organizations continues to grow. At the same time, the overall social conditions are deteriorating. In such times, CBMI, which is, after all, the major international NGO for disabled persons and eye patients, has set itself the task of ensuring professional standards of donation acquisition, and of gradually expanding the financial basis for the services it provides.

1925
Opening of a residential school for the blind in Tabriz, Iran.

1967
CBM extends its work to the first African countries - Ethiopia, Kenya and Tanzania.

1976
An independent association is founded in the USA. Further CBMI associations follow in Canada (1978) and Australia (1983).

1986
The millionth cataract operation is performed by a CBMI-supported project since 1966.

1988
The large number of CBM friends in Austria and Switzerland means that independent member associations are established in these two countries.

1989
The World Health Organization (WHO) officially recognizes CBM/CBMI as a collaborating agency in the fields of preventing and curing blindness.

1994
All Christoffel-Blindenmissions and "Christian Blind Missions" join hands under the umbrella of CBM International, with head office in Zurich.

1997
The three millionth cataract operation is enabled by CBM International.

CBM works in 54 low income countries. We have 530 projects and provide empowering, ability-restoring services to people with disabilities.

The ministry has several different projects in need of sponsorship. More information may be found on their website.