The information on this page was last updated 7/28/2022. If you see errors or omissions, please email: [email protected] 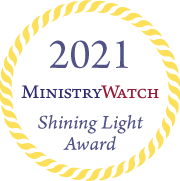 The College seeks to assist in the personal growth and development of qualified students by providing an education based upon an integrated understanding of the Bible and the liberal arts.

Our mission is educating students to become servants of Christ to make a difference in today's world.

The college charter states that no sectarian tests or statement of belief are to be imposed on any student.

It also specifies that anyone serving as a trustee, officer, or member of the faculty and staff must subscribe to the Statement of Belief, which appears below. The College's religious position and control, educational philosophy, and community life standards are consequential outcomes of the Statement of Belief.

Paragraph one of the College charter states that the original Board of Trustees was formed "for the purpose of establishing, conducting and perpetuating a college for the higher education of men and women under auspices distinctly Christian and spiritual, as a testimony to the supreme glory of the Lord Jesus Christ, and to the Divine Inspiration and infallibility of the Bible." Paragraph three continues as follows:

1. We believe that the Holy Bible, composed of the Old and New Testaments is of final and supreme authority in faith and life and, being inspired by God, is inerrant in the original writings.

2. We believe in God the Father, God the Son, and God the Holy Ghost, this trinity being one God, eternally existing in three persons.

3. We believe in the virgin birth of Jesus Christ; that He was born of the Virgin Mary and begotten of the Holy Spirit.

4. We believe that the origin of man was by fiat of God in the act of creation as related in the Book of Genesis; that he was created in the image of God; that he sinned and thereby incurred physical and spiritual death.*

5. We believe that all human beings are born with a sinful nature, and are in need of a Savior for their reconciliation to God.

6. We believe that the Lord Jesus Christ is the only Savior, that He was crucified for our sins, according to the Scriptures, as a voluntary representative and substitutionary sacrifice, and that all that believe in Him and confess Him before men are justified on the ground of His shed blood.

7. We believe in the resurrection of the crucified body of Jesus, in His ascension into Heaven, and in 'that blessed hope,' the personal return to this earth of Jesus Christ, and He shall reign forever.

*On February 10, 2014, the Board of Trustees affirmed its historical Statement of Belief in regard to origins (Item 4 in the Statement of Belief) and that when signing the Statement of Belief annually, trustees, administration, faculty, and staff are affirming that they are in agreement with the following clarification: "We believe that all humanity is descended from Adam and Eve. They are historical persons created by God in a special formative act, and not from previously existing life forms."

The bylaws provide that the administrative officers, faculty, and staff shall sign this statement annually in writing and this annual signing for trustees has also been provided for by action of the board.

By far the most celebrated court case in Rhea County and perhaps in all of Tennessee history was the case of the State of Tennessee vs. John Thomas Scopes, which took place in Dayton's Rhea County Courthouse 10-21 July 1925. William Jennings Bryan (1860-1925) came to Dayton in 1925 for the Scopes Evolution Trial when he expressed the wish that a school that would teach truth from a Biblical perspective might be established on one of Dayton's scenic hills.

For five days following the trial, Bryan stayed in Tennessee. Not heeding doctors' warnings about his weak heart and diabetic condition, he prepared for publication the 15,000-word summary address he had not been allowed to deliver when the trial ended quickly, traveled several hundred miles to speak to large crowds for up to two hours at a time in the hot sun, and tramped around Dayton with a local committee looking at possible sites for a school that Bryan had suggested be built. On Sunday, July 26th, Bryan drove from Chattanooga to Dayton, was called upon to deliver the morning prayer at the First Southern Methodist Church, and that afternoon died in his sleep. Five days later he was buried in Arlington National Cemetery underneath the inscription "He kept the Faith." Within a year and a half, F.E. Robinson, Judge Raulston, Attorney General Stewart, and prosecution attorneys W.C. Haggard and B.G. and J.G. McKenzie joined with others in forming a memorial association and had Governor Austin Peay officiate in breaking ground for a university to honor Bryan's life and ideals.

John Thomas Scopes rejected F.E. Robinson's offer of his old teaching and coaching job, went to the University of Chicago graduate school, and worked for an oil company in Venezuela and a gas company in Louisiana. He died in 1970, three years after George Rappleyea, who had left Dayton for industrial ventures in Cuba, Canada, Mobile, and Miami.

For six months after the trial, the defense was mired in confused communications, failure to meet deadlines for filing documents, and especially infighting regarding Darrow's role. The press and even liberal supporters of the ACLU criticized Darrow's agnostic, brutal, and sensational ways (Ginger 171-174; de Camp 445-450). On 31 May 1926, the appeal hearing finally began. Joining the continuing team of Darrow, Neal, Malone, Hays, and McElwee were Frank Spurlock of Chattanooga, Robert Keebler of Memphis, Walter H. Pollack, and Samuel Rosensohn of the ACLU (Ginger 171; de Camp 462). Scopes did not attend any of the legal sessions after the Dayton trial (Scopes 236). The prosecution was represented by E.T. Seay. K.T. McConnico, and William Jennings Bryan, Jr. (who mailed in his argument). And the spirit of William Jennings Bryan was there in the form of quotations from his undelivered Last Message, which the State used (Ginger 177).

Finally on January 15, 1927, Tennessee Supreme Court justices announced the court's split decision. Greene and Cook agreed that the Butler Act was constitutional and violated by Scopes, but because the judge and not the jury set Scopes' fine, the judgment of the circuit court was reversed, and the case was subject to a retrial. Observing, however, that Scopes was no longer in the employ of the State of Tennessee, the court declared: "We see nothing to be gained by prolonging the life of this bizarre case. On the contrary we think the peace and dignity of the State . . . will be better conserved by the entry of anolle prosequi herein. Such a course is suggested to the Attorney-General." And so the case returned to Attorney General Stewart, who obeyed the wishes of the Supreme Court and thus concluded the matter, firmly closing Darrow's hoped-for door to the U. S. Supreme Court (de Camp 469-472).

In 1926, Governor Austin Peay, who had signed the Butler Bill into law, was reelected, but Judge John Raulston was not. The next year, George W. Hunter published A New Civic Biology, updating the 1914 textbook Scopes supposedly used and presenting a very cautious treatment of evolution that did not even name the term. Arthur Garfield Hays resumed his law practice, continuing to champion the underdog, and he died in 1954. Dudley Field Malone returned to his divorce law office, got divorced himself, remarried, and when his practice declined, became a Hollywood bit-part actor for about ten years, dying in 1950.

Sue Hicks went on in law, got elected to the state legislature, and later became a judge. F.E. Robinson continued to hustle as a druggist, opened up a second store in Spring City, and before his death in 1957, aided in the development at Bryan College, serving as a founder, incorporator, and chairman of the Board of Trustees. Clarence Darrow took on two more cases and then retired to write, lecture, and travel. Returning to Dayton before his death in 1938, he saw a new Cumberland Presbyterian Church built across the street from Robinson's Drug Store. Darrow quipped, "I guess I didn't do much good here after all." Attorney General Tom Stewart was elected to the U. S. Senate in 1942.

Dr. John R. Neal, eccentric until his death in 1959, ran unsuccessfully for senator or governor and one year for both in the same primary. H.L. Mencken lived to see his American Mercury magazine taken over by ultra-conservative Christian Fundamentalists. After a stroke in 1948, which made him unable to read or write, he died in 1956. In 1967, the 1925 Butler Act was repealed (de Camp 454, 481-487, 492). Then in 1973, Tennessee became the first state to pass an equal-time law which stipulated that evolution should be labeled as a theory and not a scientific fact and provided that alongside of evolution other theories, including the Genesis account, should be taught. Ironically, in the fiftieth anniversary year of the Scopes Trial this so-called Genesis Bill was declared unconstitutional.

The entrepreneurship spirit of Dayton which initiated the Scopes Trial has survived the unfittest of situations and sparkles periodically. When Hollywood made the play Inherit the Wind into a movie, Dayton agreed to host the world premiere in 1960. A Scopes Trial Day was sponsored. John T. Scopes returned and was given the key to the city. Twelve years later the city played host to another film premiere: The Darwin Adventure, with Francis Darwin, a descendant of Charles, as special guest. In 1974, on the eve of the fiftieth anniversary of the trial, a Symposium on Tennessee's Evolution Laws was held in the courtroom where Scopes was tried. Participating on the panel were professors of law, history, and biology.

Several times Inherit the Wind has been dramatized at the courthouse. Since 1988, Bryan College and the Dayton community have cooperated in organizing a four-day Scopes Trial Festival whose main feature is a documentary drama based almost entirely on the transcript of the trial and performed in the Scopes Trial courtroom. Interest in the play and the festival has been good, and most performances have been sold out, illustrating again that because of its issues, personalities, promotion techniques, and extensive media and historical coverage, the Scopes Trial continues to be "The World's Most Famous Court Trial."

Following Mr. Bryan's death in Dayton on July 26, 1925, a national memorial association was formed to raise funds for the establishment of an educational institution in Bryan's honor to be located in Dayton, Tennessee.