The information on this page was last updated 11/30/2022. If you see errors or omissions, please email: [email protected] 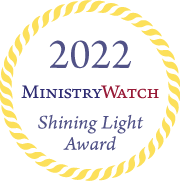 Dallas Life is the largest homeless shelter in North Texas, housing up to 500 people per night.

Dallas LIFE welcomes the needy. Whether it is a homeless man, a single mother with children, or an entire family, Dallas LIFE is a safe place to recover from the trauma of homelessness. Some come beaten and bruised; others addicted and confused. All need a fresh start and a loving hand-up. At Dallas LIFE we meet these needs every day!

Dallas LIFE is a place where homeless men, women and children can receive help and hope during their time of need.

Dallas LIFE is a path to recovery and self-sufficient living.

Dallas LIFE is a promise that there is a way to begin again.

From daily chapel services to Sunday worship to prayer meetings and Bible study, Dallas LIFE touches each resident with the truths that:

- God knows and loves each one of us personally.

- Each one of us falls short of God's standard because of our sin.

- God sent Jesus Christ to pay the penalty for our falling short.

- We can be restored to God and have eternal life in heaven by accepting what Jesus gave for us.

We believe so strongly that healing spiritually is the basis for whole-person recovery, we have a full-time chaplain on our staff who interacts with each resident and directs our spiritual program.

The story of Dallas LIFE starts with a man named Reverend Robert J. Key, one of the founders of the Union Gospel Mission in 1949. With Dallas' homeless population growing in the post war years, Reverend Key left UGM to begin establishing the Dallas Rescue Mission. It was this endeavor that would become Dallas LIFE, now the largest homeless shelter in North Texas.

Dallas Rescue Mission opened its doors in 1954 in a small storefront location on Commerce Street. The first location was just a few blocks from the city jail and housed 25 men each night. There, Rev. Key would minister to the men who came to him nightly for shelter and a hot meal. Rev. Key and his volunteers kept the shelter open every night for the next 25 years.

In early 1979, Rev. Key's health began to fail, so he asked Reverend James Starkes of Jupiter Road Baptist Church to lead the Dallas Rescue Mission. Rev. Starkes moved the Mission just a few doors down on the same street into a larger building, where they could shelter 80 men every night. Less than a year later, the facilities were expanded to be able to house 25 women and children. The Dallas Rescue Mission became known as a lighthouse of Christian love, Bible teaching, and offered addiction recovery and job training to help its residents experience total life restoration.

By 1981 the Mission had become much more than a shelter - it was also a church, school, and recovery center. Appropriately, the Board of Trustees voted in 1981 to officially change the name to Dallas LIFE.

In 1983, Dallas LIFE moved to the former Koone-McNatt Warehouse on Cadiz Street, where it could house significantly more residents than ever before - up to 500 per night. First Baptist Dallas took the ministry under its wing in 1990.

Reverend Ray Bailey served as Executive Director from 1999-2005. Under his leadership, Dallas LIFE continued to grow, adding a computer school and GED education. Long-term programs were developed for senior citizens and those with slight mental illness issues.

In 2005 Rev. Bob Sweeney brought his 20 years of ministerial experience to Dallas LIFE. Having pastored a church and serving as head chaplain in a maximum-security prison, Rev. Sweeney had transitioned into homeless ministry seven years before as Executive Director of Carriage Town Ministries, associated with Gospel Rescue Mission. He developed and implemented the 10-month New LIFE Program, which produces around 50 "graduates" each year who are recovered from addiction, restored with family members, and have jobs and housing. Rev. Sweeney's healthy balance of accountability and compassion challenges each resident to settle for nothing less than a self-sufficient life - and to find joy in the journey.

Now a fully thriving independent non-profit organization with a richly blessed history, Dallas LIFE is help and hope for all those we serve.

DALLAS LIFE is a 501(c)(3) non-profit agency. We depend completely on support from generous individuals like you, foundations, corporations and churches. All donations to Dallas Life are tax deductible to the fullest extent allowed by law.